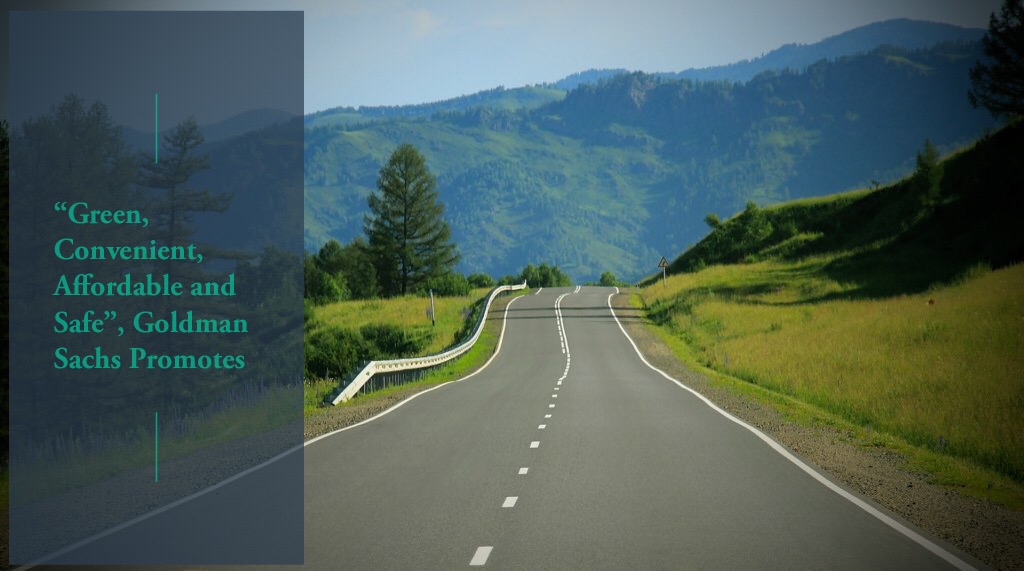 Predictions that by 2025, the auto industry will be led by technology to create vehicles that are “green, convenient, affordable and safe”, is part of the technology driving innovation mantra that Goldman Sachs promotes.

According to Goldman Sachs reports approximately 500,000 people are killed, and 7 million injured, worldwide in traffic incidents.

With a forecast sourced by the Organization for Economic Cooperation and Development by the Japan Ministry of Internal Affairs and Communications stating that 10% of the world’s population will be older than 65 by the year 2025. it is feared that “ an aging population is increasing the need for safe transportation”.

The report from Goldman Sachs demonstrates seven key trends that will dominate the coming decade: new competition, the internet of cars, the shift to emerging markets, evolving the supply chain, lightening up, filling up and plugging in; however, self driving cars is what they consider safer to communities globally.

“Once found only in science fiction, self driving cars are about to become a reality. They can help reduce road accidents, clear up traffic and provide mobility to more people”,

There are concerns that “turning control over to software could lead to new hacking vulnerabilities and other hazards”. The challenge of the car companies is to mitigate such risks.

Electric vehicles are an innovation for tech industries to challenge their experts at finding the best solutions for auto mobile safety. Goldman Sachs comment that even “Insurers will have a new way to monitor driver behavior, reward good drivers and distribute costs to bad ones”

Goldman Sachs feel confident that the future of the automobile industry will be safer and smarter for the car, the industry, as well as the driver.