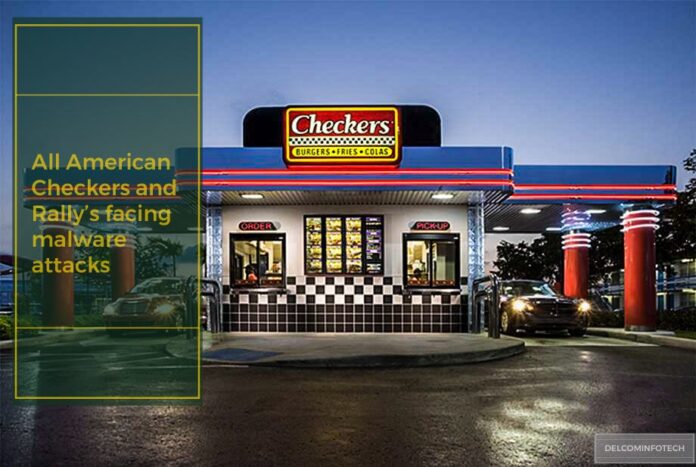 One of the most popular American fast food chain , Checkers and Rally’s drive-through restaurant was recently discovered to be attacked by malware, impacting 15% of its locations across the United States.

It all started from cybercriminals breaching Checkers’ POS systems across 100 of its store locations. The malware was created to collect stored data from the magnetic strips of the customer’s charge cards. Data stolen was so critical and personal that included almost all the information of the customers related to their card.

With their headquarters in Tampa, Florida, Checkers is one of the largest Drive-through fast food chains operating in 28 states across America. As indicated on Checkers security web page, after identifying the incident, Checkers promptly launched an extensive investigation and are taking steps to resolve the issue. Checkers admitted that they are working with federal law enforcement authorities and coordinating with the payment card companies in their efforts to protect cardholders’ information, in the efforts of preventing this type of issue from happening again.

In the meantime, Checkers advise to the potentially affected customers is to look through their bank statements, inform their financial institution of any potential threats to their account and/or file a police report if any suspicious transactions found. Use https://www.identitytheft.gov/ to report any unauthorized accounts.

Threatpost revealed in an article, “the main mitigation has been the EMV compliance regulations which provide additional security for card-present transactions and have broadly been seen to reduce large scale POS based breaches,” Hardik Modi, senior director of Threat Intelligence at NETSCOUT told Threatpost.

Checkers did not disclose when it first identify the malware, however, they informed the public about working closely with the third-party security experts to deal with data breach and cybersecurity threats.