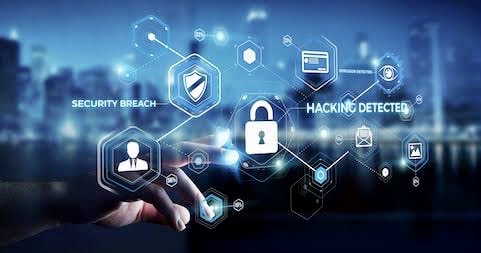 As the Indian economy drifts towards the digital side of the game, consumers are at risk of cybersecurity threats. Realizing this, top companies like McAfee and Lucideus are actively building cybersecurity modules to secure the consumers in a rapidly growing digital world.

Indian Prime Minister Narendra Modi has made relentless efforts in making India’s growing economy more digital. This initiative has surely boosted digital literacy in the past few years, but there’s still gaps to be filled between cybersecurity and Infrastructure.

As the Indian population attempts to adapt to the digital ways of consumerism, threats like data theft and fraud come along. Threats like these could easily hinder the growth of the digital economy of India.

About 47.5 billion e-transactions were recorded nation-wide in 2019 till November, according to a report by PwC and Data Security Council of India. – Reported the Economic Times.

Tarun Wig also added, “We are looking to solve the consumer problems as that are definitely the need of the hour.” he said. “While the internet population is growing, cyber literacy, especially for first-time users, is the next thing that the industry will be looking at.”

As per the most recent statistics, the cybersecurity market in India is expected to grow from $1.97 Billion to a whopping $3.05 Billion by the year 2022.

Innefu Labs is making constant efforts in educating people and spreading awareness via blogs, social media and video channels using AR and VR, following podcasts discussing how hackers steal personal information and how consumers can protect themselves from it.

As advanced technologies become more popular, B2C (Business to Consumer) enterprises and the Indian government will merge to discover advanced solutions integrated in the process.

“Home automation and connected cars, for example, are already becoming popular among consumers. Hence, internet-of-things security will become another segment to look into in the coming years.” said Siddharth Vishwanath, Partner-Cyber Advisory leader at PwC.