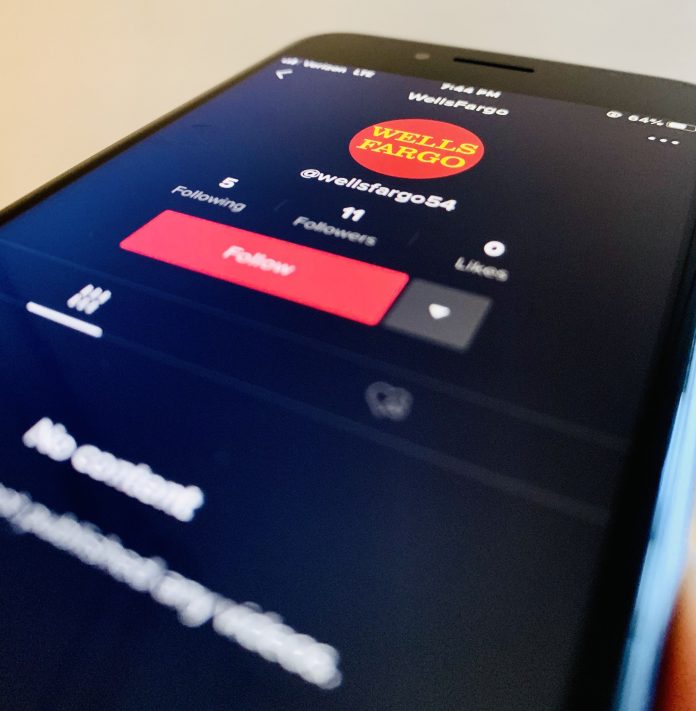 TikTok has taken the world by storm, perhaps with a plethora of revolving conspiracies around the nature and development of the app. As much as it is enjoyed by hundreds of millions of people around the world, large corporations like Wells Fargo and many more have decided to detach themselves from the popular social media platform.

Why though?
The popular video app is considered a security risk to corporations such as Wells Fargo, and the company has advised its employees to delete the app from their work phones with a motive of risk prevention. WF is not the first company to take measures against protection from TikTok, efforts from Amazon have also been recognized in the recent past.

Not too long ago, Amazon banned TikTok for employees by sending out an internal memo and backtracking the decision a few hours later claiming that it was sent by mistake.

The primary reason(s) for this major step appears to be the origin of the app that led the giant corporations to believe that there could be an element of risk involved.

ByteDance, a Chinese company builds the app and seems to be the source of concern. However, there is no tangible proof, but US companies believe that the Chinese developers are using the app to collect user data and transmit it to the Chinese government in the light of greater efforts of technology domination.

A CNN report discloses comments from a Wells Fargo spokesperson confirming the information – “A small number of employees with corporate-owned devices who had installed the TikTok application,” The spokesperson said. “Due to concerns about TikTok’s privacy and security controls and practices, and because corporate-owned devices should be used for company business only, we have directed those employees to remove the app from their devices.”

It seems like the conspiracies around TikTok are ever evolving and are leading many companies to eliminate it from their work devices.

Regardless, millions of Americans continue using the famous app as a source of daily entertainment.

High Rated RCE and DoS Vulnerabilities to be Fixed with Cisco’s...