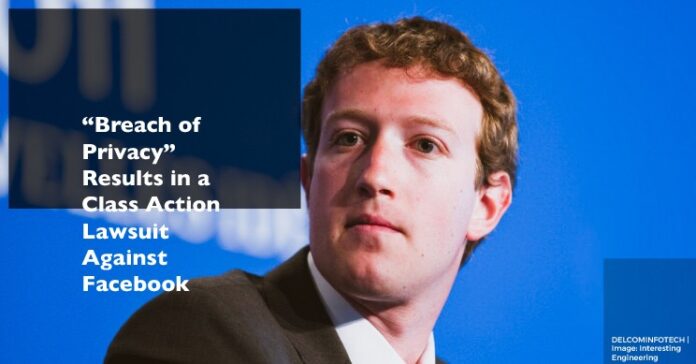 Facebook faces another scrutiny over how it uses the pictures of its subscribers. The recent case discovered how facebook used the pictures of people to identify them in other images. It’s not rocket science to understand how ‘tagging’ on Facebook uses facial recognition.

People reported that the inappropriate use of the images was not permitted by Facebook users. The decision on this issue has confirmed that their class action lawsuit is officially moving forward.

Facebook attempted to defuse the claim by trying to convince the courts that each user’s claim must be an individual lawsuit and not a collective appeal.

However, the San Francisco courts rejected the appeal stating that “the users suing Facebook have suffered privacy injuries”, allowing them to take action as a group.

“This biometric data is so sensitive that if it is compromised, there is simply no recourse,” said lawyer Shawn Williams who is acting for the group. “It’s not like a Social Security card or credit card number where you can change the number. You can’t change your face.” – reported BBC news.

This action from users a result of insufficient warning from Facebook regarding the use of images shared by users on the social media platform, perhaps without valid consent.

Facebook could end up paying a significant amount of money if the class action court case is successful. The damage could be as much as $1000 per “Negligent Violation” of it Biometrics law and $5000 for each “reckless” violation”. With an offence of this nature, Facebook might be at risk of losing Billions.

This could be a big blow for Facebook as it adds to the already existing theories of operation of the social media giant.

As expected, Facebook plans to appeal against the decisions.