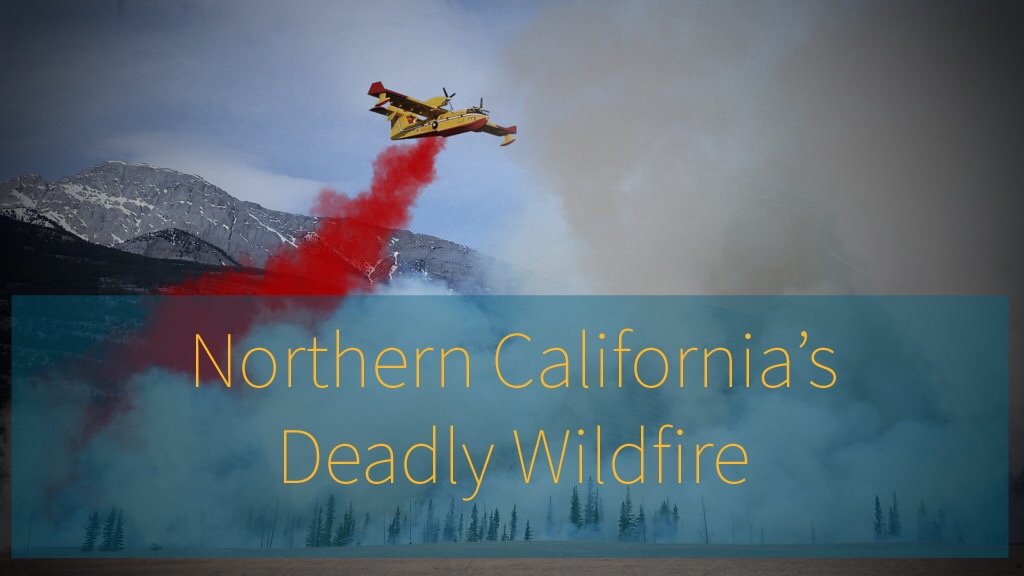 Northern California’s Camp Fire in the town of Paradise, was reported to have been the deadliest wildfire in the state’s history. As the death toll rose daily, officials continued to find human remains in the burning rubble, which has claimed the lives of close to 100 people, thus far. Unfortunately, the search  is ongoing.

Fire crews, with approximately 5,600 personnel involved in the fight, were over whelmed at the “shocking speed”, the Camp Fire raged through the town. Reports of 260 commercial buildings and more than 9,800 homes destroyed caused government officials to scratch their heads.The California Department of Forestry and FIre Protection report 149,000 acres have been burned.

As the people from the town of Paradise, Butte County, California come to grips with this devastation that has painstakingly shaken their lives to the core, the greatest thanks go to the rescue teams. All the fire fighting ground troops, who worked laboriously throughout, despite losing their own possessions, are held in high esteem by the grieving nation.

Often overlooked in the mission, are pilots of the firefighting planes, who fly tirelessly overhead with Bae-146 (British Aerospace), retardant bombers, and have to make split-second decisions on where to rain down their fire retardant materials from overhead.

Air tankers carry gallons of water and fire retardant material that is usually red in color. The substance is released from the plane, to hit the spot of the fire for a few reasons: to slow it down and to mark it so the fire ground troops can locate it so they can reach the area. The chemical retardant also contains phosphate fertilizer that cools the fire.

Neptune Aviation is one such company that supplies these types of aircraft to deal with wildfires of this magnitude. Whether on an “Exclusive” contract or a “Call When Needed”, contract, it is reported that Neptune  Aviation employs the “ a dedicated team of world-class pilots, mechanics, and engineers”, who have unmatched dedication and experience, to deal with such ravaging wildfire situations.

The United States Forest Service partners with Neptune Aviation, to fearlessly pursue any out of control fire hazard, directly from the skies, for over 25 years. Although mostly restricted to day flying, their role in assisting the fire ground troops to harness the California Camp  is vital to the rescue mission.