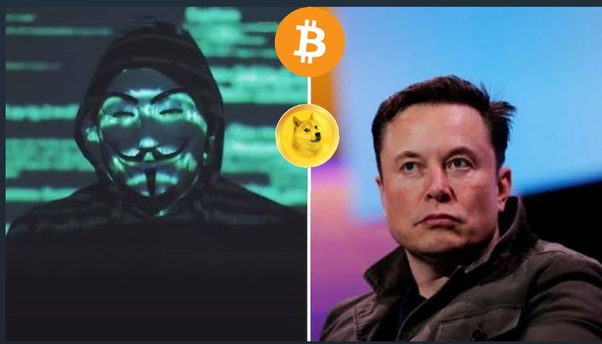 With a popular history of hacking financial companies like PayPal, Anonymous, a well-known international cyber hacking group has directed its aim at Tesla’s CEO Elon Musk. Sources suggest that the threat is intended as a warning for Musk to mend his ways of doing business as well using social media.

Considering that Elon Musk may be seen as the Father of Cryptocurrencies, his infamous Tweets have created havoc in the minds of the general public. Not too long ago Musk Tweeted about Cryptocurrencies and pushed boundaries by saying that he holds the potential to make the value of Cryptocurrencies plunge. Shortly after Musk’s Tweet, Bitcoin went down by 7%. This was not received well by Anonymous, the hacking group.

As seen in the video, Anonymous states that the attitude of Musk as nothing more than another Narcissistic Rich Dude who was desperate for attention and so issued a warning to him that he must get ready to face serious consequences for influencing crypto markets via his dictatorship-driven trolling.

The message released by Anonymous further states that the Teslas, the electric car maker makes more money just by government subsidies as well as holding bitcoins in the market rather than selling cars in years. And they argue that most of that investment was made by Mr. Musk through government-funded subsidies.

Anonymous has a history targeting government officials such as infiltrating digital campaigns of Donald Trump and Hillary Clinton during the 2016 US elections and now warns Elon Musk for his ways of influencing the Cryptocurrencies and social media.