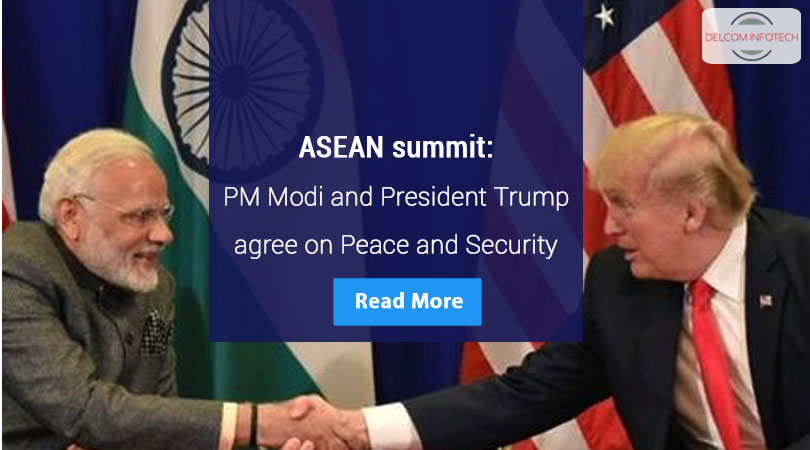 The two leaders, with a common objective of security for their respective nations and the world at large, shook hands after bilateral talks.

According to reports, apart from discussions on economic issues related to trade and investment, the two leaders privately discussed terrorism and shared mutual interest in finding solutions for the situation in Asia, and “humanity as a whole”.

Prime Minister Modi underlined how relations between the U.S. and India are “growing rapidly, – with great speed”, and “getting deeper and very comprehensive”.

President Donald Trump, in turn, praised Prime Minister Modi, calling him “a great gentleman doing a good job”, as well as commenting that Modi is a respected friend to the USA. What left affirmative, lasting impressions on the Indian leader, was how Trump, during his travels and speaking engagements in Asia, always dialogued with hope and constantly delivered, “a very high opinion of India”.