John F. Kennedy’s resolve to put an American on the moon was driven by one sentiment that trumped all others: “beating the Soviets in the space race.” He put it across vividly in his 1961 letter addressed to a Joint Session of Congress. Almost 6 decades later, a similar letter is being written. This time not to a political body or a competing nation, and certainly not on a piece of paper. It is being etched in the mind of every observer. And the author is raring. 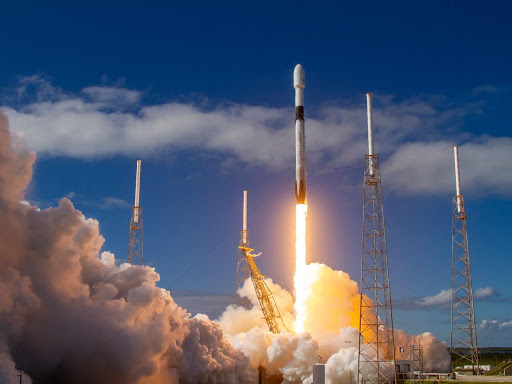 On the brisk morning of November 11, Elon Musk’s SpaceX launched 60 satellites into our planet’s orbit. The launch was the latest development under Starlink, a project aimed at providing global internet coverage through a “constellation of satellites”. Carried on board SpaceX’s famous Falcon 9, the 60 satellites form the second batch and will join the first batch of as many satellites placed into the orbit in May. The two launches are part of SpaceX’s plan to form a 12,000 satellite strong constellation in the Earth’s orbit that will be used to give out low-cost, low-latency and widely-accessible internet service. And while Starlink itself is ground-breaking, it is interesting to observe how the project may define SpaceX’s future in the space race.

Elon Musk has long been an influential stakeholder in space-tech innovation. The South African-born entrepreneur founded SpaceX in 2002 with an out-of-a-science-fiction vision of making humankind a multi-planetary species. Since then, Musk’s vision has branched out to many different realities and each has transformed the aeronautic landscape in a significant way. 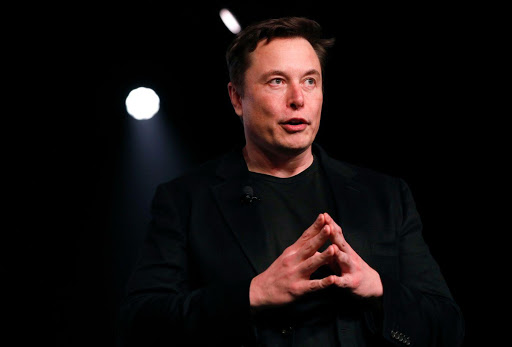 An asteroid or a super volcano could destroy us, and we face risks that the dinosaurs never saw: an engineered virus, inadvertent creation of a micro black hole, catastrophic global warming or some as-yet-unknown technology could spell the end of us.

Humankind evolved over millions of years, but in the last sixty years atomic weaponry created the potential to extinguish ourselves. Sooner or later, we must expand life beyond this green and blue ball—or go extinct.

Musk’s visionary status in the field can be attributed to his many innovative feats with SpaceX. For years, SpaceX has been instrumental in pioneering the evolution of space travel. In 2010, SpaceX became the first and only private company to land spacecraft back on ground from Earth’s low orbit, signalling the onset of low-cost space missions.

In 2012, SpaceX’s Dragon spacecraft delivered cargo to and from the International Space Station, the first commercial rocket to do so. In 2017, SpaceX historically became the first organisation to successfully reuse an orbital-class rocket, Falcon 9. The historical stature lied in the transformational impact of making space travel sizeably low-cost. In the following year, SpaceX launched Falcon Heavy, the world’s most powerful rocket in operation – an achievement marked by the iconic ‘Tesla in Space’ image. 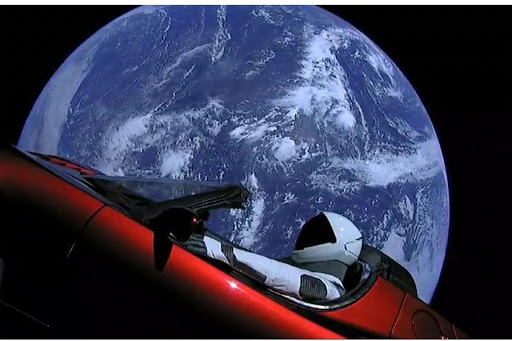 From being the first commercial company to put a vehicle into the international space station to engineering reusable rocket launch systems, SpaceX has not just redefined the aeronautic landscape but also unlocked the potential of this “space” as a commercial enterprise.

Starlink and the Satellite Constellation Landscape 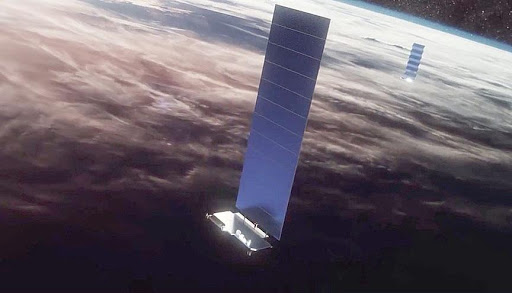 Musk took a major stride in making space a commercial enterprise with Starlink. The ambitious project hopes to install a massive total of 12,000 satellites into the Earth’s orbit over the next decade. Each of the satellites is meant to act as a data transmitter used for providing high quality global internet coverage. As per the website, Starlink will be “world’s most advanced broadband internet system”, capitalising on SpaceX’s “experience in building rockets and spacecraft”.

“With performance that far surpasses that of traditional satellite internet, and a global network unbounded by ground infrastructure limitations, Starlink will deliver high speed broadband internet to locations where access has been unreliable, expensive, or completely unavailable.” 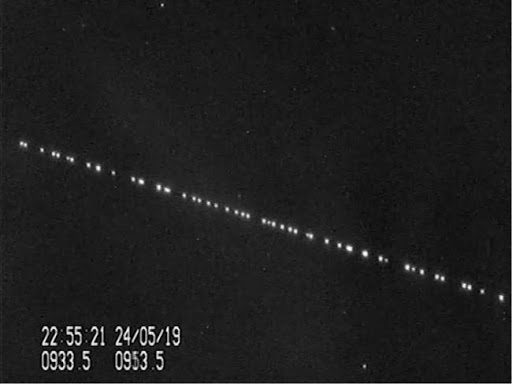 Although the project has been in the making since 2015, the May launch truly symbolised the beginning of the revolution that Starlink promises. As people on Earth observed the 60 satellites that hung in the sky, mirroring a string of pearls, veneration was unmissable.

The skies that often draw people for their glimpse into the unknown, this time gave a glimpse into the future. The future of not just us as individuals, but of the SpaceX and its vision as well.

Providing internet coverage through a satellite constellation has several clear advantages over its traditional peers. The vacuum in the space allows for a significantly faster exchange of information, which leads to a remarkably lower latency rate. The internet has become an indispensable commodity universally, for some more than others. Time sensitive entities, such as stock markets, invest heavily in high-speed internet, as connectivity is not just a necessity but an absolute competitive lifeline.

These figures become more pronounced when we consider longer distances, such as London to Singapore. It is anyone’s guess how much these entities will be willing to shell out on Starlink, but it certainly will be a tempting figure.

Recognizing the inherent value of the internet in the times to come and investing into its transformation is a characteristically brilliant move on Musk’s part and will be pivotal in realising SpaceX’s long term visions.

But this is where it picks up pace. SpaceX isn’t just targeting the high-paying time-sensitive industries. It instead advocates Starlink as the bridge to a more refined, forward-looking internet. There are several facets to this promise:

Firstly, the project is intended to provide global accessibility to a high-speed internet at a relatively cheaper cost than an optical fibre induced internet. More than half of the world is still offline due to either lack of internet services or excessive cost. Even if Starlink is unable to address the cost problem (yet!), the market potential would still be very high.

Secondly, Starlink creates a challenge from the suppliers’ point of view as well. To equip a country as big as the US with high-speed internet, the cost of laying the optical fibre alone is close to 150 billion USD. A successful Starlink project will be able to provide a better internet than even the most effective optical fibre at a relative bargain of 10 billion USD (owed to its aforementioned reusable rockets and other space-tech innovations), thus making the provision of traditional internet essentially futile.

This predominantly opens the door to an essentially untouched, novel market and gives SpaceX the autonomy until competitors such as Amazon and OneWeb catch on.

If Starlink progresses according to plan, SpaceX will be able to unlock revenue potential in the range of 30 to 50 billion USD – a sizeable lift off from the current revenue stream of 3 billion USD.

Which brings us to SpaceX’s long term goal – making life multi-planetary. The space race of today has moved light years beyond the simple concept of it six decades ago. It now also means venturing into aspects such as internet constellation and space safaris in addition to the traditional space exploration. While SpaceX dominantly features across all three ventures, it is not without competition.

Influx of gargantuan fortunes enable private players such as Amazon and OneWeb to vie in the internet constellation market, whereas Virgin’s Galactic and Amazon’s Blue Origin are proving to be formidable competitors in the commercial space flight projects. Blue Origin is also a prime competitor in the space exploration domain, even if Amazon’s CEO Jeff Bezos does not share Musk’s vision of settling on Mars. And, while SpaceX does hold a native position in the space race, cash-rich players such as Amazon and Virgin certainly hold the potential edge over.

And hence, for SpaceX, the success of Starlink can be the hallmark of its lead in the modern age space race.