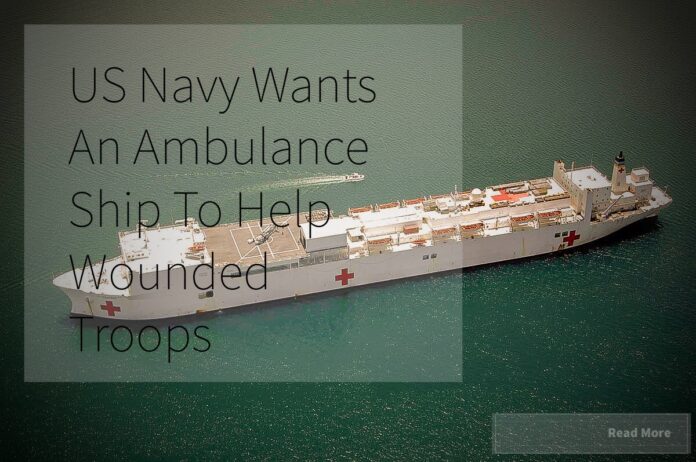 The US Navy demands a new, one of its kind “Ambulance Ship”, that would be equipped with the required medical amenities and equipment to treat the wounded warriors. The US Navy presented a funding request to transform a speedy ship that was prior used to carry troops, equipment and artillery, to now provide the necessary medical assistance and manpower to secure lives.

Each year, Congress is provided with a “Unfunded Priority List”, by each of the defence services in the United States. The proposal for the Ambulance Ship is in the list of the US Navy’s Unfunded Priorities list for the year 2020. The items in list provided by the services may or may not be granted by Congress, commonly depending on the overall budget.

Based on the request, the service demands $49 Million, to convert the T-EPF 14 (The Expeditionary Fast) Transport in to the speedy “Ambulance Ship”. The T-EFP 14 can sail up to a speed of 1200 MPH, reach up to 40 Knots and built and designed to carry up to 312 troops, large tanks and have the ability to offload them through ramps or choppers.

Stated by USNI News, other priorities from the funding list include:

The newly proposed Ambulance Ship would potentially replace the already existing Mercy-class Hospital ships assisting the moderately wounded, as well as provide medical assistance to other ships in a timely manner, in emergency situations.